Select another area
History of the Charming Town of Yountville

The town of Yountville gets it's name from George Calvert Yount, who was considered responsible for launching the first vineyard in the Napa Valley area.  In 1836, Yount was given a Spanish Land Grant from the government of Mexico, which he named Caymus Rancho, and in 1867, two years after his death, it was renamed Yountville. In 1868, the railroad came into town, which also brought Gottleib Groeziner.  Groezinger's addition to the town was to build a winery, barrel room and distillery, which today are know as Vintage 1870.  The town was then incorporated in 1965.

The Culinary Pleasures of Yountville

Yountville has some of the finest dining options in the world, including the only Michelin 3-star restaurant in Northern California and two Michelin 1-star restaurants.  One of the world's best restaurants, Thomas Keller's French laundry is in Yountville.  Another restaurant in Yountville, Ad Hoc, which serves comfort food, is owned by Thomas Keller.  No matter what your dining preference is, you can find it in Yountville.  Food choices range from French, Italian, Bistro Pacific Rim and California Cuisine to simple down-home cooking.  Dining options vary from intimate tables, lunch in a vineyard and curbside cuisine to casual patio dining.  Many of the areas' Bed and Breakfasts, luxury inns and fine hotels offer great dining as well.

A Variety of Activities in Yountville

To counterbalance the fine dining you will do in Yountville, there is an array of active possibilities in the town.  There are many beautifully landscaped parks for pleasant strolls and other activities, which include courts for volleyball, basketball, tennis and bocce.  The parks also have children's playgrounds equipment and picnic areas, which can be reserved.  Yountville is home to the Lincoln Theatre and Napa Valley Museum.  History buffs will enjoy a walking tour of the hospital buildings and local landmarks.  Both children and adults can marvel at the beauty of the hot air balloons taking flight over the Valley.

The homes in the Yountville real estate market vary in style and price to suit any buyer's personal tastes.  This charming California town with fabulous dining, wineries and a variety of activities is just waiting for you to call it home.  Terry Wunderlich and her team of professionals are here to help you with your buying or selling needs. 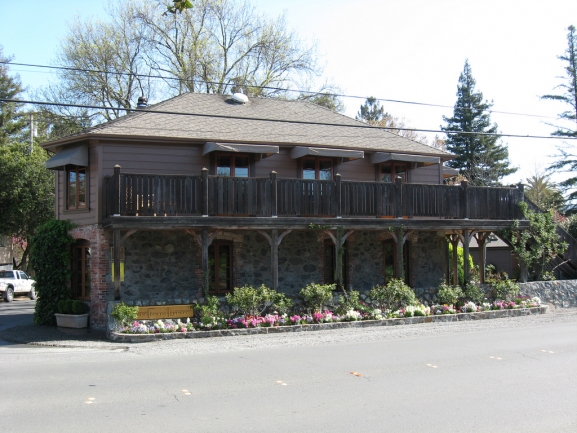